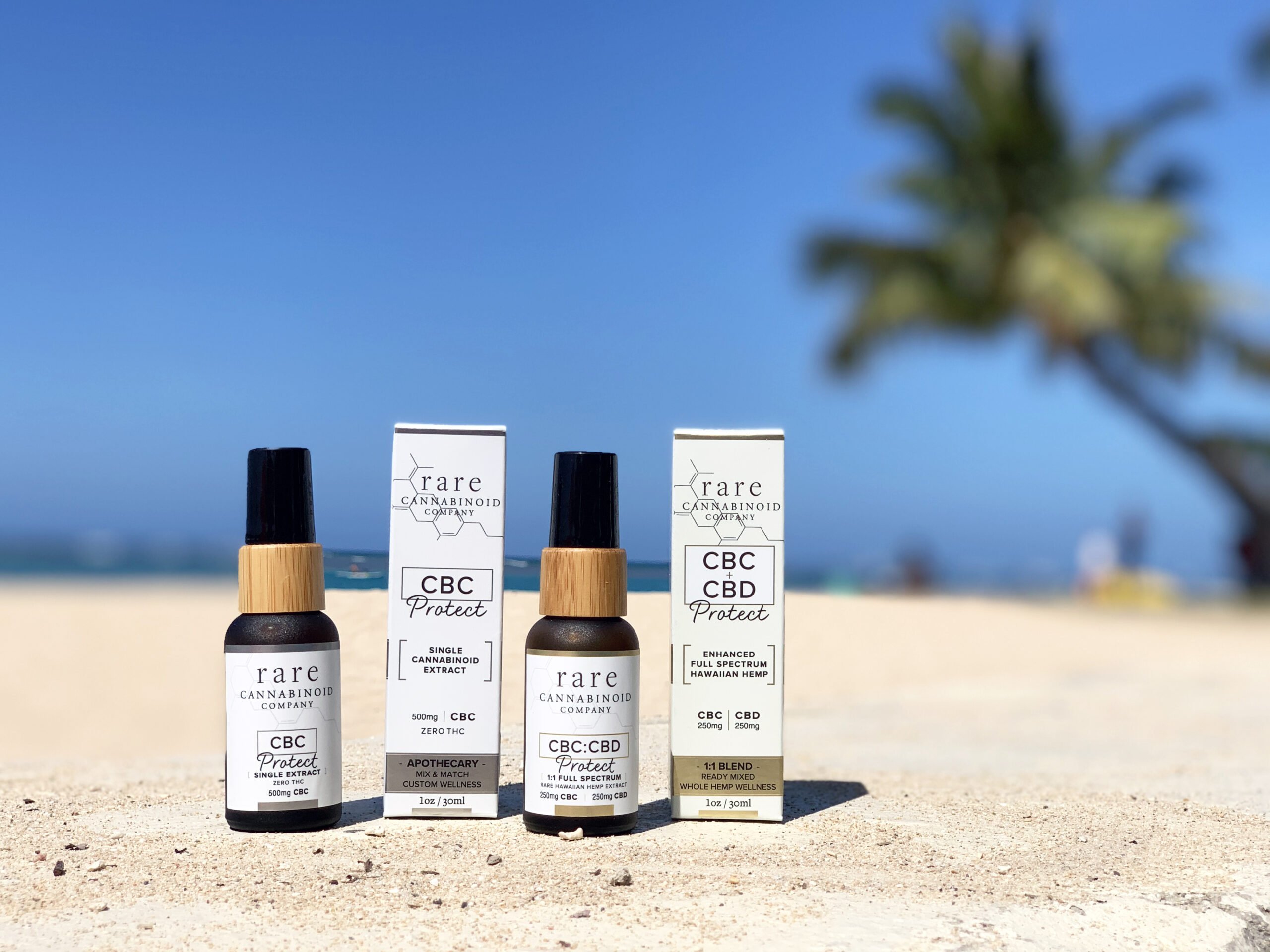 If you or a loved one suffer from depression, rare cannabinoid CBC (cannabichromene) may offer hope for a happier future. The third most prevalent cannabinoid in hemp and cannabis, CBC’s mood-elevating properties are about ten times more effective than CBD, making it a promising cannabinoid for reducing stress. CBC raises the brain’s “bliss” molecule anandamide, a chemical that affects mental health. Scientific studies also highlight CBC’s potential for pain relief, reducing inflammation, and for anti-tumor effects in some cancers.

In this article, we will explain how anandamide and CBC affect brain chemistry and how CBD and THC also elevate mood. If you’d like to add CBC to your wellness regime, try Rare Cannabinoid Company’s CBC oil tinctures. They offer a 500mg CBC oil and a 1:1 blend of CBC with full-spectrum Hawaiian CBD. All Rare Cannabinoid Company products have easy-to-understand milligram dosing and independent lab reports. Rare Cannabinoid Company also sells THCV, CBN, CBG, CBDA, delta-8-THC, and a variety of CBD oils and blends.

Do you ever feel like some people are just born happier than others? If so, you’re probably right. There’s a little-known brain chemical called “anandamide” that produces feelings of pleasure and happiness. Its name comes from the Sanskrit word “ananda,” meaning “internal bliss, joy, or delight.”

Anandamide is normally broken down by the enzyme FAAH (fatty acid amino hydrolase). Once broken down, it leaves the body and no longer offers its blissful benefits. People and animals that produce less FAAH have more anandamide, are happier, and experience less fear and anxiety, as seen in this study.

Levels of anandamide and FAAH vary greatly between people and entire populations. In one extreme case, a Scottish woman with a rare genetic mutation had such high levels of anandamide that she never experienced any anxiety, fear, depression, or pain—not even during childbirth! She even likened the sensation of being in labor to a “tickle.”

In addition to mental health, anandamide also affects other areas of physical health including fertility (high levels are needed for ovulation), and has been shown to inhibit the growth of breast cancer tumors.

Thankfully, scientists are finding that we can all boost our levels of anandamide with hemp and cannabis compounds. CBC, CBD, and THC all offer positive effects, but CBC appears to be the best at elevating mood without the risk of negative psychoactive side effects.

How does CBC affect anandamide?

Our bodies all produce cannabinoids that work together to balance our mental and physical health, including mood, anxiety levels, sleep, pain management, and more. This is called our Endocannabinoid System (ECS) and anandamide is one of the cannabinoids we naturally produce. When our ECS is not functioning properly, unbalanced levels of anandamide can lead to major depression and even schizophrenia.

Taking specific cannabinoids found in hemp and cannabis can supplement and correct imbalances in our ECS. For depression, CBC, THC, and CBD each have positive effects but work in different ways.

CBC binds with the transient receptor potential (TRP) channels, which are linked to pain perception, anandamide, and dopamine. Activating these channels elevates mood without any intoxicating side effects.

While THC also showed powerful antidepressant results, THC offers a euphoric high due to the way it binds with the CB1 receptor. While its intoxicating effects can be pleasurable, too much can increase paranoia and anxiety. However, hemp-derived delta-8-THC is said to offer a smoother, more functional high that is less likely to produce nervous side effects than “regular” delta-9-THC.

Meanwhile, CBD has been shown to offer positive effects without intoxication. CBD’s anti-anxiety properties come from its activation of multiple serotonin and opioid receptors in the brain.

In this study on people with generalized social anxiety disorder, “CBD significantly reduced anxiety, cognitive impairment, and discomfort.” In a study on schizophrenic patients, CBD increased their anandamide levels and significantly improved their condition without the negative side effects associated with antipsychotic pharmaceutical drugs.

In addition to their effects on mental health, all cannabinoids are believed to offer many benefits for our brains and bodies. Scientific studies show that CBC’s therapeutic properties also have the potential to relieve pain, reduce inflammation, exhibit anti-tumor properties on certain cancer cells, promote healthy brain function, and inhibit acne.

How to take CBC and other cannabinoids

If you’re interested in adding CBC to your cannabinoid regime, you might try Rare Cannabinoid Company’s sublingual tinctures. All Rare Cannabinoid Company products are produced in an FDA-certified CGMP facility and undergo extensive third-party lab testing. The innovative company was the first in the world to create a purified THCV oil tincture and offers an array of cannabinoids with milligram potency clearly listed on the label, box, and website, and with third-party lab test results available online and via each package’s QR code.

With Rare Cannabinoid Company’s clinical, apothecary-style approach, people can easily customize their own specific cannabinoid blend or blends to suit their unique health and wellness needs.

For example, for depression, one could try Rare Cannabinoid Company’s pure 500mg CBC oil or 1:1 CBC CBD blend. These non-intoxicating cannabinoids could be taken at any time of day. Delta-8-THC could be added to the blend for euphoric mood elevation in the evening or at times when intoxication is not problematic.

Currently Available Products To date, the FDA has approved three marijuana/CBD related products: Epidiolex , Marinol , and Syndros . These approved products are only

The Complete Pre-Grow Checklist for a Fantastic Cannabis Harvest

However – if you’ve done several successful crop-outs, and want to perfect your growing game – these changes become a necessity. You need a journal…

Anyone Know What’s in the Adonis?

Modern bartenders have decided that the 19th-century drink should be built from fino sherry and sweet vermouth. History would suggest otherwise. Source

The Importance of Trusted Partners in the CBD Supply Chain