Do the Heavy Taxes Imposed on Cannabis Encourage the Illicit Market? 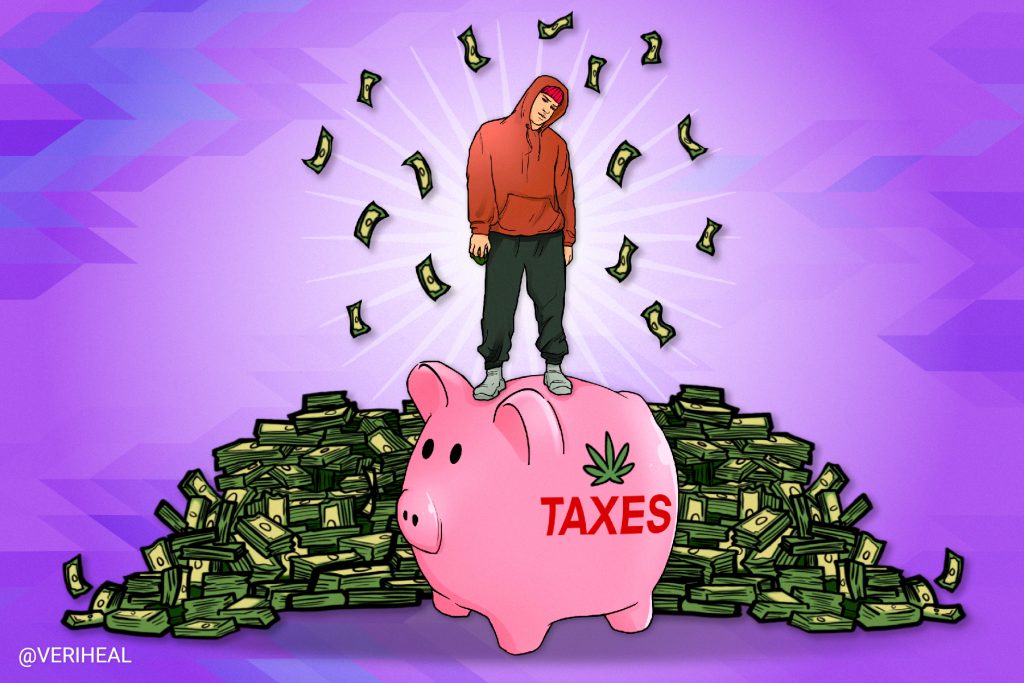 Chief Justice John Marshall famously stated that “the power to tax involves the power to destroy”. This may prove true as heavy taxes get imposed as legalization progresses. Most commodities have a tax included in their products but when there is the same commodity available that is tax-free, who will want to buy the more expensive taxed product? Let’s explore whether taxes will drive consumers to the illicit market instead of towards cannabis dispensaries. This research is vital since one of the main reasons behind legalization is to steer cannabis consumers away from the illegal channels not towards them.

Cannabis tax can be defined as a compulsory contribution to state revenue that is levied by the government on cannabis products. According to Tax Policy Center, individuals unknowingly, or otherwise, pay a levy on three types of cannabis tax which are based on a percentage of the price, the weight of the product, and the potency of the product.

This type of tax is similar to retail sales tax and can be explained as a percentage of the product price being remit to the state. This tax type is often included in the final sale price for consumers.

This type of tax is similar to the tax imposed on cigarettes, with the difference being that one is not being taxed per box of cigarettes but rather based on the weight of the cannabis product. For example, California taxes $9.65 per ounce on flower, $2.83 per ounce on leaves, and $1.35 per ounce on fresh plant material.

This type of tax is similar to the tax imposed on alcohol with the difference being that consumers are not being taxed on the percentage of alcohol but rather on the percentage of tetrahydrocannabinol (THC) in the product. Illinois is the only state with THC-based tax and charges as follows: 35% or less of THC taxed at 10% of the retail price, while THC content exceeding 35% is taxed at 25% of the retail price.

How is Cannabis Tax Revenue Utilized?

Data from Tax Policy Center states that the revenue collected from cannabis tax is used as follows:

But Will All of These Cannabis Taxes Drive Consumers to the Illicit Market?

Taxes are definitely encouraging the use of illegal markets in many areas where cannabis is legal and will continue to do so unless something changes. The problem with imposing cannabis taxes is that the legal market is selling a commodity that has already been available through illicit channels for more years than cannabis has been legalized and decriminalized. As mentioned before, displacing the illegal market is one of the main goals for legalizing cannabis. However, the tax structures proposed and currently being implemented accomplish the opposite since they drive up the price for cannabis products significantly.

Despite the legalization of cannabis, many consumers who may have tried to become dedicated patrons of the legal market ultimately chose to continue purchasing from the illicit market. One may suggest that the increase in expense associated with the legal market has something to do with that.

When we consider that consumers are expected to pay, for example, $9.25 tax per ounce, 15% retail tax rates, and 9% retail sales tax, the overall cannabis price comes up to around 77% more expensive than the cannabis available on the illegal market. Many people turn to cannabis because it is effective, easily accessible, and far more inexpensive than pharmaceutical medications. The legal cannabis market is missing its mark if consumers still have to turn to the illicit market for inexpensive products due to hefty tax impositions.

Cannabis tax revenue may be honorably spent on social measures intended to bring justice to disparity, but what value do these intentions have if they only continue to support illegal channels?

Forbes offered up insight by stating that “cannabis tax is a good way to identify bad actors, address the illegal market and bring in additional revenue”. These taxes may be bringing in additional revenue for the governing bodies but if they desire to attract more cannabis consumers to the legal market, they will need to restructure or revise the current tax policies for cannabis in order to maintain the inexpensive nature of cannabis for consumers. Additionally, the hefty tax on cannabis does not address the illegal market, as Forbes stated, which can be examined by the lack of interest in the legal markets and by the continued use of illicit markets for inexpensive cannabis.

“We contend that for a nation to try to tax itself into prosperity is like a man standing in a bucket and trying to lift himself up by the handle” -Winston S. Churchill

Rylie Maedler, 13, takes cannabis oil once in the morning, during lunch, at dinner and before bed. The Delaware teen has been taking it since she was 7 after being diagnosed with aggressive giant cell granuloma, a rare type of tumor. Rylie’s now made it her mission to help other sick kids get the medicine…

What is the difference between THC and CBD? –

CBD and THC have their own unique benefits, but one isn’t necessarily better than the other and they often work great together.  Let me briefly

Why Hemp and Cannabis Businesses Should Install Fire Suppression Systems

If you own a dispensary or a grow business, keeping yourself, your employees, and your customers safe on the premises is among your top responsibilities.

When Stephen Davies arrived at Penderyn in 2004, the Welsh whisky industry had lain dormant for almost a century. Nowadays it’s an established category… Source