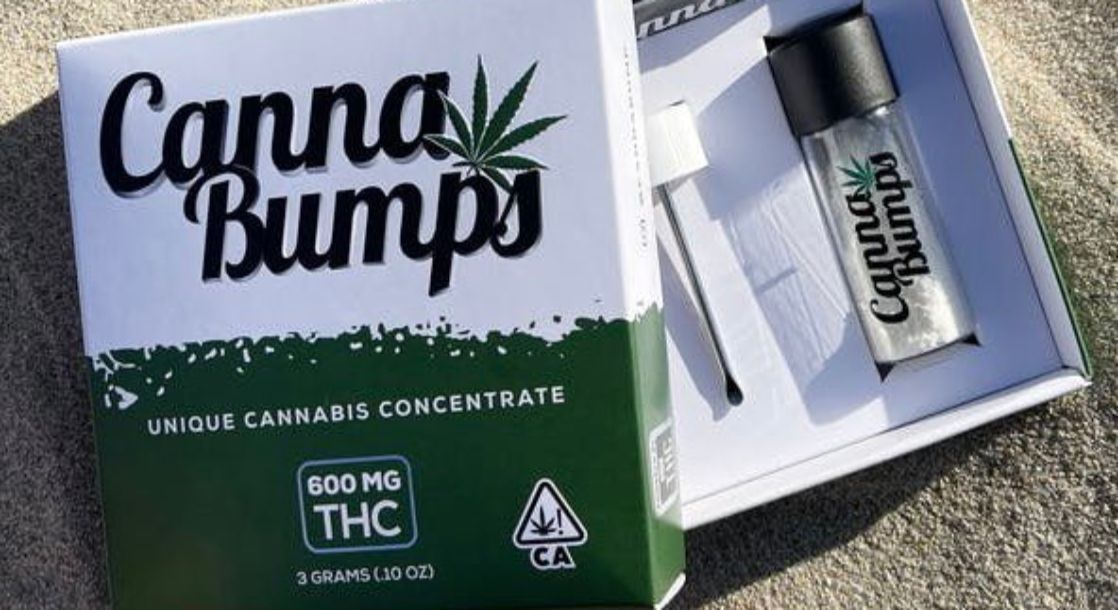 THC snuff was pulled off the market as suddenly as it appeared. Would you have been down?

Many in the cannabis industry were inflamed — and not in a good way — when news broke that a California cannabis brand released a new product in the unnecessarily-recreational sector of cannabis inhalant products. Canna Bumps, the brainchild of THC Living, packages 600 milligrams of THC into a packet of white powder meant to be snorted.

Leafly senior editor Bruce Barcott led the charge in his column “The Haymaker” on figuring out what was up with the stuff, which appears to have been pulled from sale as suddenly as it appeared. Here’s what THC Life’s attorney sent in response to his queries, declining to comment further:

“A few months ago, our client was approached by a third party that sought to utilize our client’s proprietary formulations in the creation of the Canna Bumps product. As soon as our client learned more about the product, it took the temperature of its customers and those in the industry to gauge how they felt about Canna Bumps. Because of its own concerns, those expressed by consumers, and the misgivings of those in the industry, our client made the decision to terminate any license granted to any third party that would use its proprietary information to produce or market a product like Canna Bumps.” 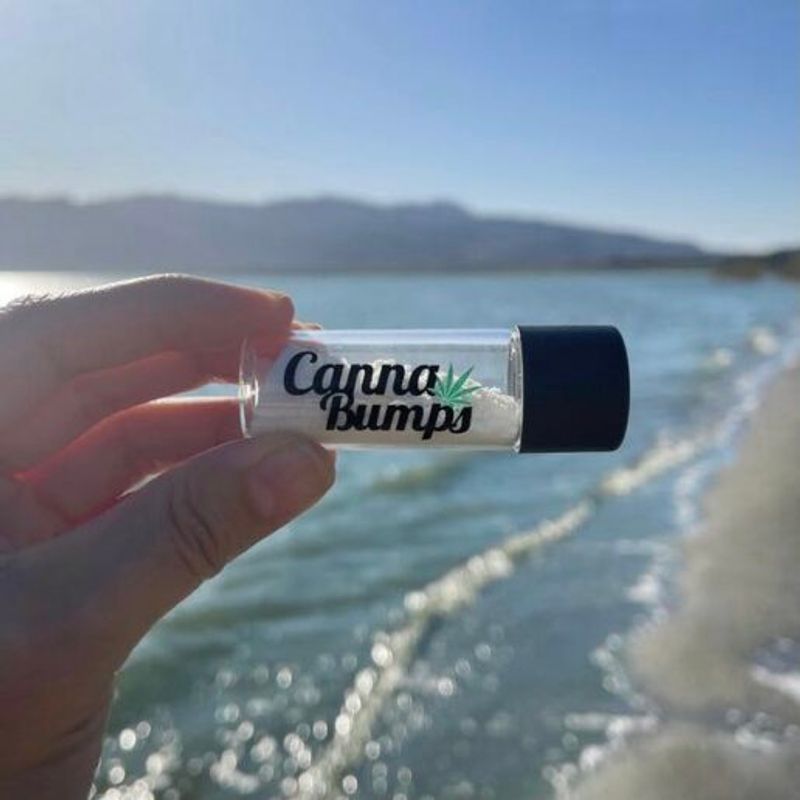 Of course, there could be some cannabis users out there who wish nothing more than to replicate the experience of railing lines with a high-value dollar bill. To those of you reading this, we say: Yuck. But also, do your thing.

Or, as co-founder of the Georgia Cannabis Trade Association Zane Bader more eloquently addressed the Canna Bumps controversy on Twitter, “I’ve been seeing a lot of posts engaging in pharmacochauvinism … There is nothing wrong with people using powdered drugs and there’s nothing wrong with insufflation as a route of administration. Please don’t demonize or stigmatize other drug users.”

He argues that while there’s little information on how THC snuff might affect our health, there is a lot of information on the deleterious effects of socially accepted drugs, like tobacco and alcohol, have on our bodies.

But it’s questionable as to whether Canna Bumps were legal to begin with. How did it get past the Bureau of Cannabis Control? There are no regulations around consuming cannabis through one’s nasal cavity — so, does that make this product illegal? Further, the product description (which has since been taken down by Weedmaps) stated that each 10mg Bump provides 2mgs of THC. What the hell is in the other 6mgs? Seems suspect. 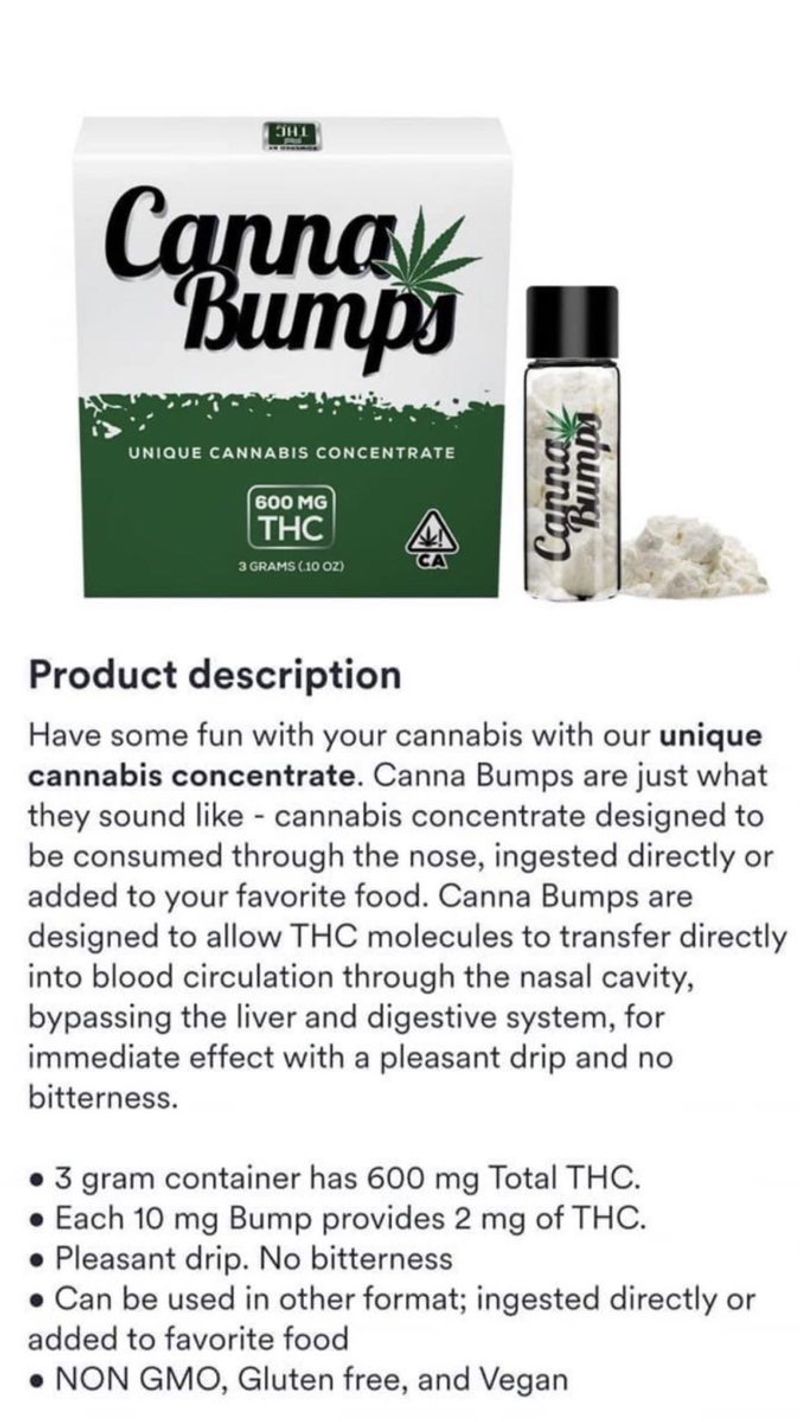 For Barcott, the problem with the short lived bump bags were not the effects they could have on completely consenting adults, but rather the image that such products might give to the cannabis legalization movement.

“Stupid products like these live on forever in the prohibitionists’ propaganda deck,” he writes, comparing Canna Bumps to dangerously kid-enticing products like cannabis-infused versions of Sour Patch Kids.

“Canna Bumps isn’t just a marketing pitch gone awry,” Barcott continued. “It’s actively facilitating the risk and harm that millions of Americans face every day [from the War on Drugs.]”

How much is a gram or an ounce of weed? When buying an eighth of weed, how much are you getting? This weed measurements guide

Drs. Investigate: Are You Getting Fake CBD Products?